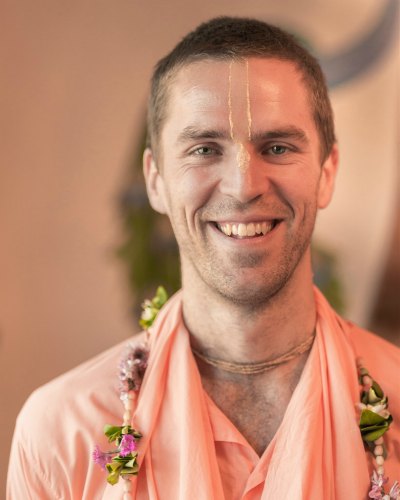 September 9 – Santa Cruz: Sri Radhastami at 11 am and tentatively in the evening as well

I’m pleased to announce that Sripad Bhakti Kamal Tyagi Maharaj will probably be arriving today, September 7th at the Santa Cruz Seva Ashram. He’ll go to San Jose on Thursday the 8th for Harinam Sankirtan and Sri Lalita Saptami at the San Jose Ashram. Friday he will be in Santa Cruz for Sri Radhastami at mid-day and hopefully for the smaller evening program as well. Saturday he plans to go to San Francisco for Harinam Sankirtan.

Everyone is warmly encouraged to join with the Sankirtan parties in San Jose and San Francisco and of course to attend all the spiritual programs in the Ashrams.