Srila Gurudev stayed here in Soquel many times and this is such a special occasion to remember him. It’s also also a singular opportunity for our members and friends who joined more recently to experience his mercy.

This year the devotees of Sri Chaitanya Saraswat Seva Ashram are arranging a grand festival accompanied by kirtan, special worship, glorification, revered offerings to the temple deities Sri Sri Guru Gauranga Gandharvika Giridhari, and the distribution of mahaprasadam in San Jose and in Santa Cruz. 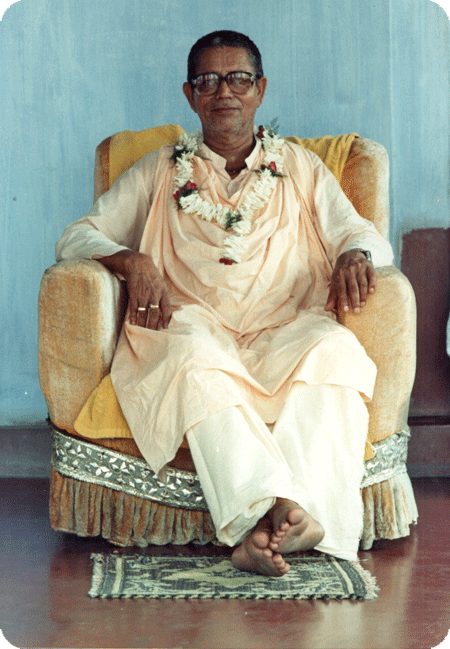 Please join us
Bring your family and friends

“I offer my obeisance unto Srila Bhakti Sundar Govinda DevGoswami Maharaj, who perfectly fulfils his Gurudev’s most cherished desires; who is fully adorned with the blessings of his Gurudev’s associates; who is expert in all aspects of Vedic knowledge, both conceivable and inconceivable; who is the pre-eminent follower of Srila Rupa Goswami Prabhu’s line; whose beautiful, exalted, effulgent form is filled with devotion; who is the Guru of the world; and who distributes the seed of divine love for the Supreme Lord.”
Read more about his pranam mantra in an excerpt from Revealed Truth. Click here…