Posted by Sushila Devi Dasi on Friday, December 4th, 2015 in Events, Friends of the Ashram | Comments (0)

I am pleased to announce that Sripad Bhakti Ranjan Madhusudan Maharaj will be doing a preaching tour of Northern California and Oregon starting today, December 4th. Cinmoy Dev Prabhu and Braja Mohini Devi Dasi have made the arrangements. For more information please feel free to contact them:
Cinmoy Dev Das (831-239-0235)
Braja Mohini Devi Dasi (408-966-7768)
Yours in the Lord’s service,
Sushila Devi Dasi 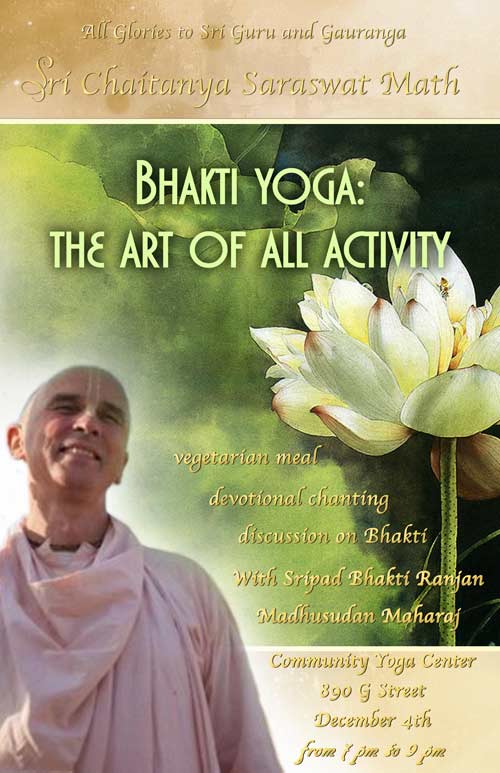 I am very happy to announce that Srila Bhakti Pavan Janardan Maharaj will be in Portland, Oregon next weekend. If you are able to, please take advantage of this great opportunity to have his holy association. For more information please contact me. 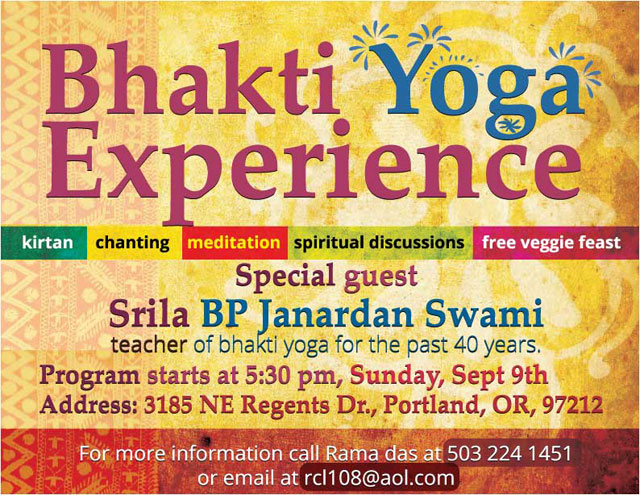