Harinam in San Jose on Saturdays

All Glories to Sri Guru and Gauranga!

Please accept our humble obeisances and kind regards, as appropriate.  We are happy to announce that there will be a weekly Harinam party in downtown San Jose prior to the Saturday festival.  Kindly join us in this celebration and bring your family and friends.  We’ll assemble at the temple at 4:00 pm and return in time for aroti at 5:30 pm. 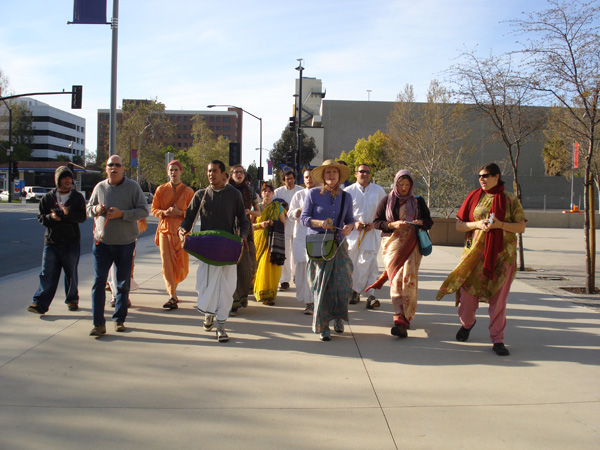 Click on the above photograph for more pictures of Harinam in San Jose.

Please join us in San Jose for morning darshan with Sri Sri Guru Gauranga Sundar on Saturdays from 6:30-9 am.

6:30 am Mangal Aroti
7:00 am Morning Kirtans
8:00 am Class on the holy scriptures: Sri Chaitanya Charitamrita and Sri Chaitanya Bhagavat

“The Supreme Lord is not part of this world. Rather, all universes exist within a part of Him. Still, by His inconceivable power, He lives like us, or comes near us, to accept our service. The attempt of a tiny soul to measure His power is simply a laughing matter. It is for this reason that Sri Chaitanaydev advised souls to practice jnana-shunya-bhakti [‘knowledge’-free devotion].” 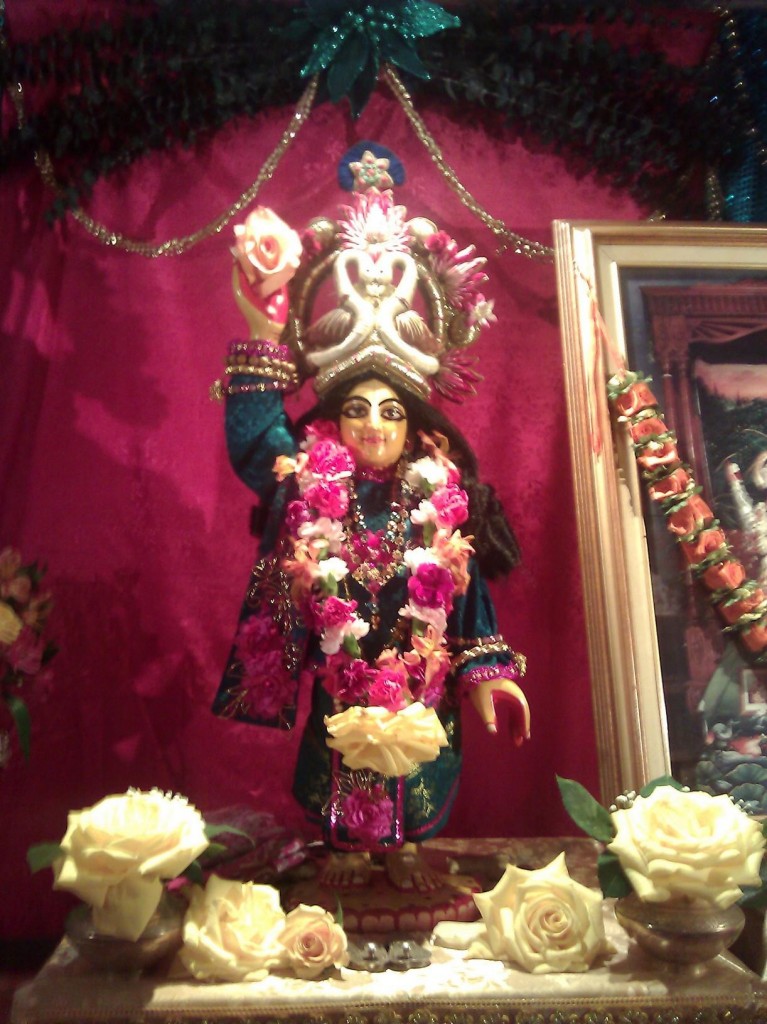 man-mana bhava mad-bhakto
mad-yaji mamma namaskuru
mam evaisyasi satyam te
pratijane priyo si me
“Think of me always, devote yourself to Me, worship Me and bow to Me, and surely you will come to Me.  I promise you this, because you are dear to Me.”
–Srimad Bhagavad-gita 18.65

We wholeheartedly invite you to the divine celebration of the 12th anniversary of Sriman Gauranga Sundar’s installation at His permanent home, “His own home,” as Srila Govinda Maharaj said–at 269 East Saint James St. in San Jose on Wednesday, November 28, 2012.

Srila Gurudev Bhakti Sundar Govinda Dev-Goswami Maharaj inaugurated Sri Sri Guru Gauranga Sundar on the day of celebrating Sri Krishna’s divine Rasayatra in 2000. His Divine Grace arrived at the new ashram a few days earlier and oversaw all of the final preparations for Sriman Mahaprabhu to take up permanent residence.  Mahaprabhu arrived by a palanquin parade, accompanied by His devotees performing Harinam Sankirtan through downtown.

A short video clip of the kirtan during the procession in 2000 captured by Sripad B.C. Parvat Maharaj