There will be a grand Vyasapuja festival for our dear and honorable Acharya Srila Bhakti Pavan Janardan Maharaj on Saturday the 13th of February, 2016. Please plan to come from 11 am to 2 pm.

We are expecting at least 10 devotees to join us for the celebration from Tijuana and so even though on the calendar Srila Janardan Maharaj’s Vyasapuja is on Friday the 12th, to accommodate our visitors from abroad the festival will be held on Saturday. 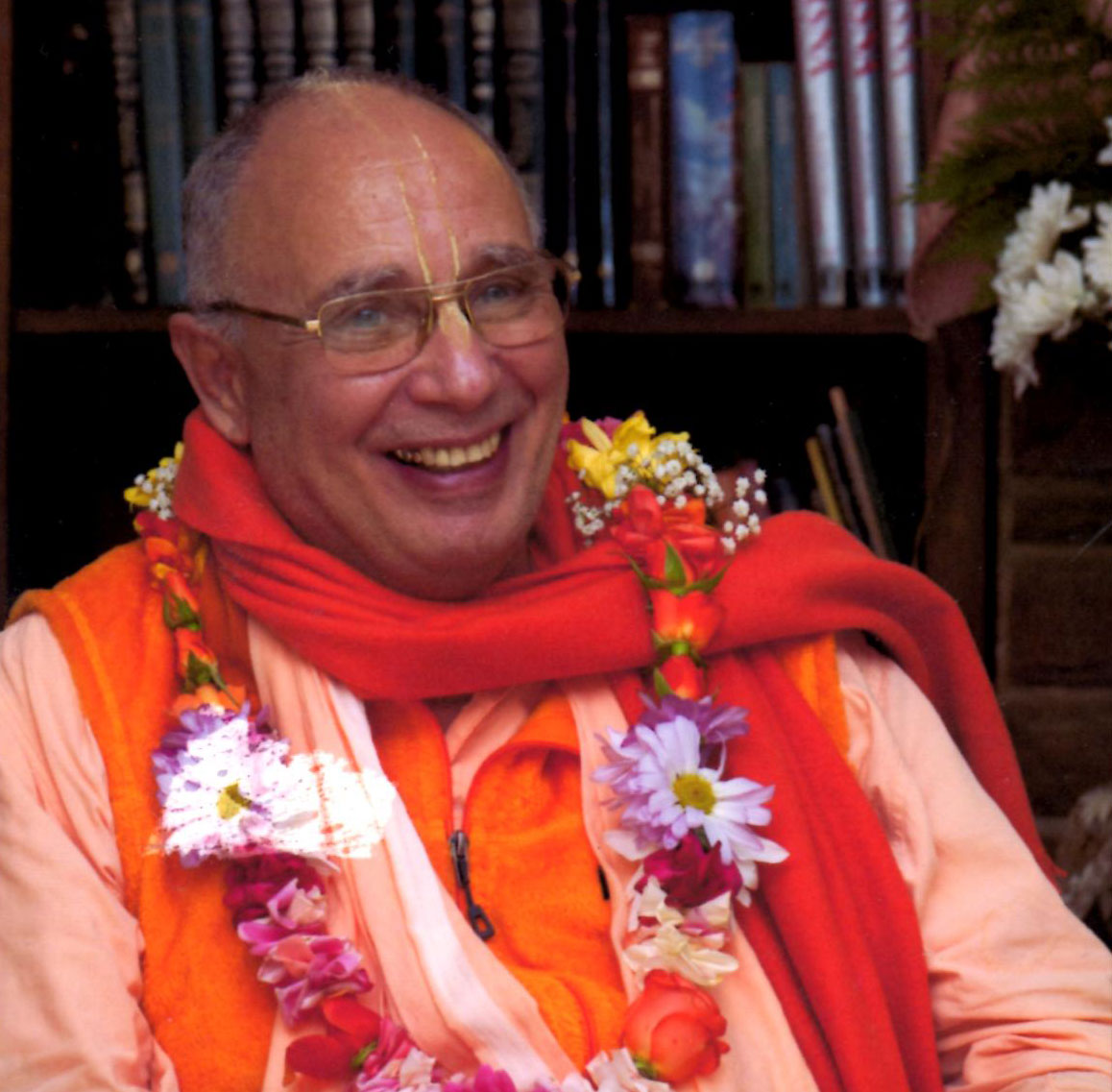 If you can help with decorations or other preparations please call (831) 462-4712. There are many opportunities for seva on this joyful occasion.

The following is an excerpt from Srila Janardan Maharaj’s biography:

“His Divine Grace Om Vishnupad Srila Bhakti Pavan Janardan Maharaj first joined the Krishna Consciousness Movement around 1970 in Europe, where he took shelter of the lotus feet of His Divine Grace Srila Bhaktivedanta Swami Prabhupad. He remained there actively helping with the preaching activities until Srila Swami Maharaj asked him and many other disciples to go to India to help expand the Mission there. Seeing that this was very important service Srila Janardan Maharaj immediately went there and helped with his full energy.

After doing all he could in that environment, he was asked by Srila Swami Maharaj to organize the program in Hong Kong, then finding that Srila Janardan Maharaj was fluent in Spanish, he was dispatched to South America where he headed many preaching programs and finally took full charge of the large Mission in Mexico….

…Srila Janardan Maharaj continued to travel and preach on behalf of Srila Govinda Maharaj and his relationship with him developed more and more and became deeper and deeper as the years went by. Srila Janardan Maharaj would visit India regularly and personally collected donations on behalf of the central Math. He would also participate in the Sri Chaitanya Saraswat Math Nabadwip Dham Parikrama in a glorious way bringing so much inspiration to the devotees and much joy to Srila Govinda Maharaj’s heart.