Scroll down for photos from the first leg of our preaching tour this summer. They were taken in April and May 2016 all over Northern California as a small group of devotees from our mission made a point of visiting old and new friends. Since then we’ve been many more places and are still on the road.

Sripad Tyagi Maharaj and Abhinava Sundar Prabhu from Australia are our inspirational kirtan leaders. Shanti Moyi joined us from Italy. Several ladies from the San Jose and Santa Cruz temples joined us as well including Divya Shakti, Kalindi, and Vimala Devi Dasis. Braja Mohini Devi Dasi from Salt Lake City is dedicated to organizing these outreach programs. To follow the tour and see more recent photos keep up with her FB page Bhakti Connect. 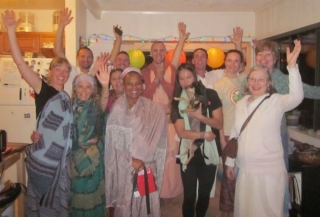 Fairfax, CA was the first stop of our week-long tour 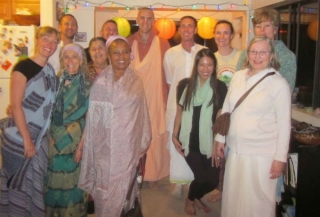 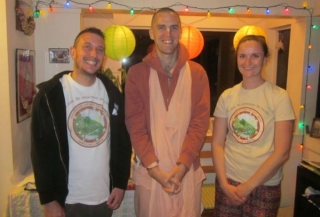 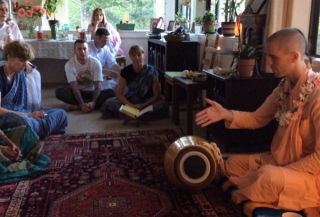 Everyone is eager to hear about the glories of devotional service 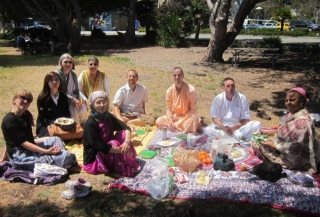 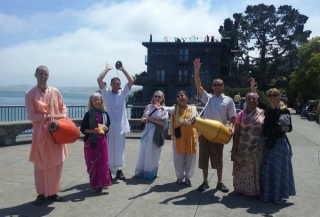 Our Sankirtan party by the beautiful San Francisco Bay in Sausalito, CA 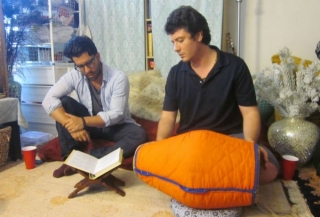 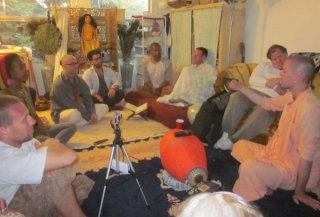 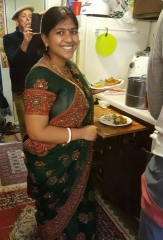 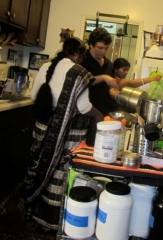 Preparing an offering for Sri Guru and Sriman Mahaprabhu 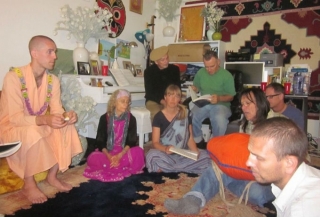 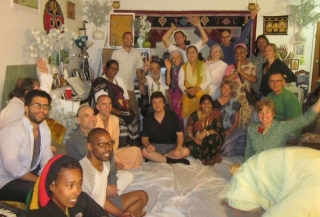 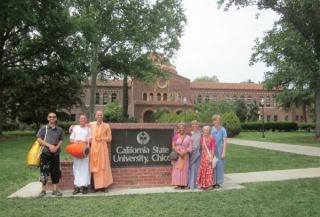 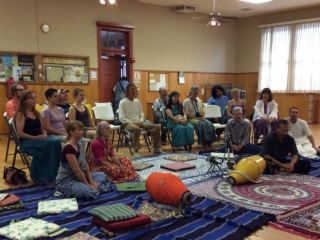 A full house was attentive to Sripad Tyagi Maharaj's talk 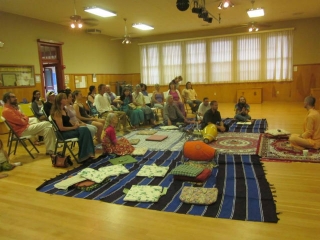 We held the program at the Chico Grange 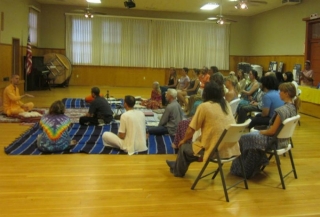 Sripad Tyagi Maharaj talked to interested newcomers about the goal of life, Love for Krishna 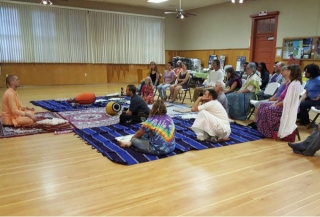 Some of Tyagi Maharaj's talks from the tour are posted online. The link is posted above 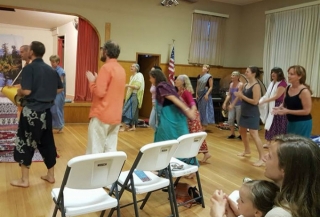 Ecstatic dancing and kirtan at the end of the evening 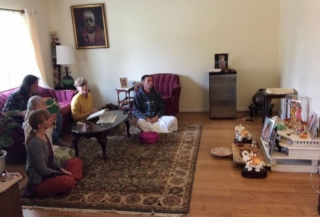 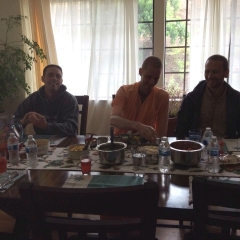 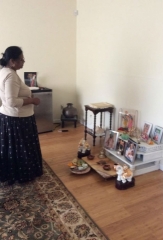 Our most generous hostess, Devahuti Devi Dasi offering worship to the Lord at the altar in her home 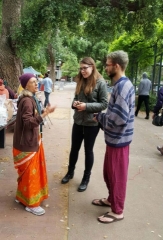 Our beautiful Vimala Devi Dasi is an enthusiastic preacher 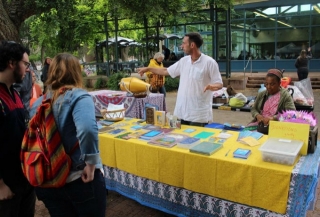 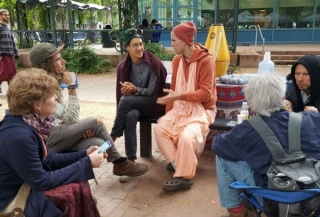 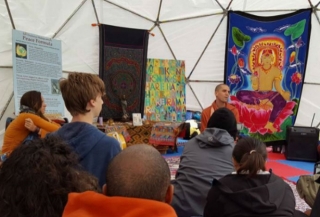 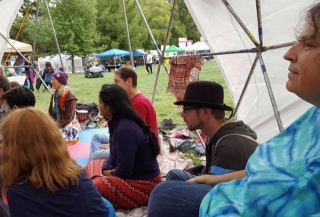 He attracted people who are curious about spiritual life 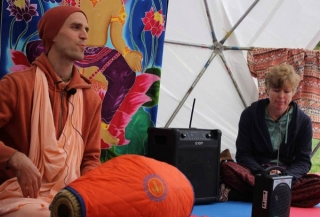 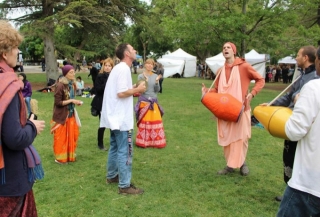 Kirtan in the park 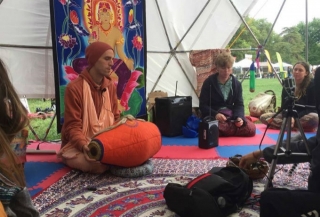