I humbly invite you to please bring your family and friends on Thursday, November 5th, for the Grand 121st Divine Appearance Day of the Founder President Acharya of Sri Chaitanya Saraswat Math, Om Vishnupad Sri Srila Bhakti Rakshak Sridhar Dev-Goswami Maharaj. The programs will start at 5:30 pm in San Jose and 6 pm in Santa Cruz. Scroll down for details.

Please come at noon on Wednesday as well, if you

Srila Janardan Maharaj returned a few days ago from a grand festival in Veracruz, Mexico for the anniversary of the installation of the holy deities there. 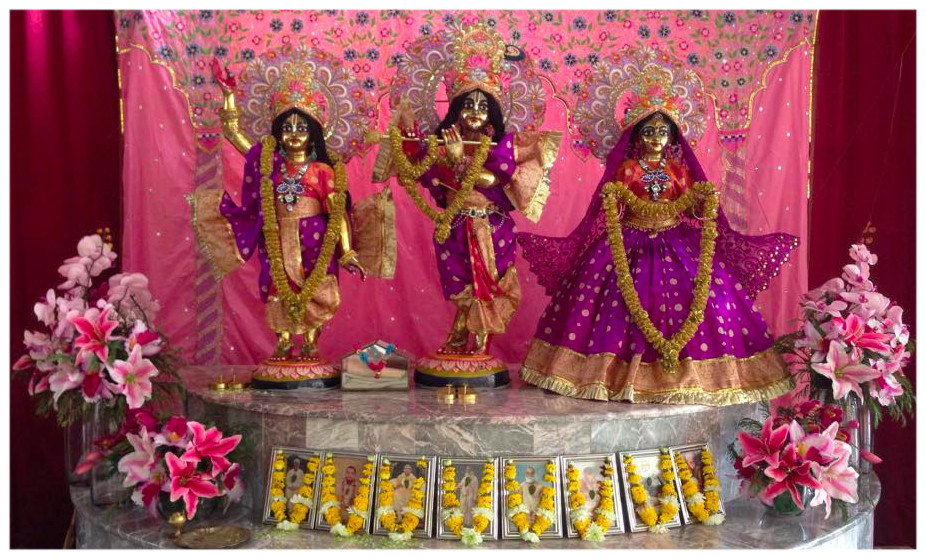 In his lecture at the Sunday Feast yesterday he mentioned that one of the limbs of sharanagati, or surrender, is to accept what is favorable to devotion. Observing vaishnava festivals, including the appearance and disappearance days of our guru parampara and vaishnava saints, is an example of something favorable that we can do in our spiritual lives.

krsna-karsnaga-sad-bhakti-, prapannatvanukulake
krtyatva-niscayas-canu-, kulya-sankalpa ucyate
“Everything should be done that encourages the service of Sri Krsna and His devotee, and whatever is conducive to the state of exclusive surrender must be executed: such a firm conviction is called anukulyasya-sankalpah–Acceptance of the Favorable. “
–Srila Bhakti Rakshak Sridhar Dev-Goswami Maharaj
(Sri Sri Prapanna-jivanamritam, 3.1)

With that, I hope you will join our upcoming festivals, and take advantage of the opportunity to associate with some very special visitors who will be travelling through the Seva Ashram this fall and winter. 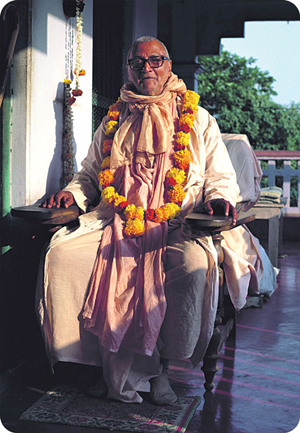 “I fall at the feet of Srila Sridhar Dev, who with charming expression sings his songs of sweet nectar. Dressed in fine garments like the newly-risen sun, he is the true saint, the devotees have chosen. His detachment and knowledge are just like an ocean, the treasure-house of complete, perfect conclusions. Radiant in pastimes of loving devotion, the abode of pure ecstasy, bestower of good fortune; foremost true follower of Srila Bhakti Siddhanta, foremost great general of the whole renounced order, my lord and my master, my only shelter, I worship his feet, Srila Sridhar Dev.”