Please join the devotees in Soquel and San Jose on Tuesday October 16th for the grand celebration of the Appearance festival of Sri Chaitanya Saraswat Math Acharya and Sevaite, Sri Srimad Bhakti Nirmal Acharya Maharaj. Vidura Krishna Prabhu will lead the Soquel program and there will be sumptuous feasts at both festivals. 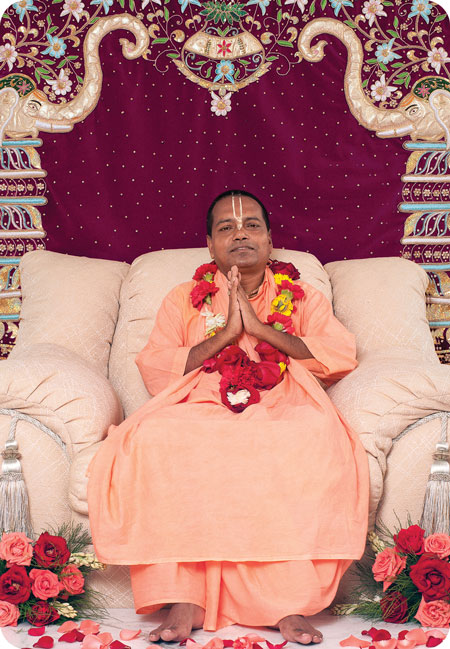 “I bow my head in eternal obeisance to my Gurudev, the best of Acharyas, Srila Bhakti Nirmal Acharya Maharaj. He is the ever vigilant, stalwart guardian of the current of pure devotion whose highest form flows from our most worshippable Sri Rupanuga Guru-varga in their exclusive dedication to Mahabhava, Srimati Radharani.”

“I offer my respectful obeisances to Swami Bhakti Nirmal Acharya, who is energetically inspiring all of Eastern and Western disciples on the path of pure devotion.”

If you would like to learn more about Srila Acharya Maharaj you can read his pranam mantrams and a brief biography here.

Yours in the Lord’s service,
Sushila devi dasi