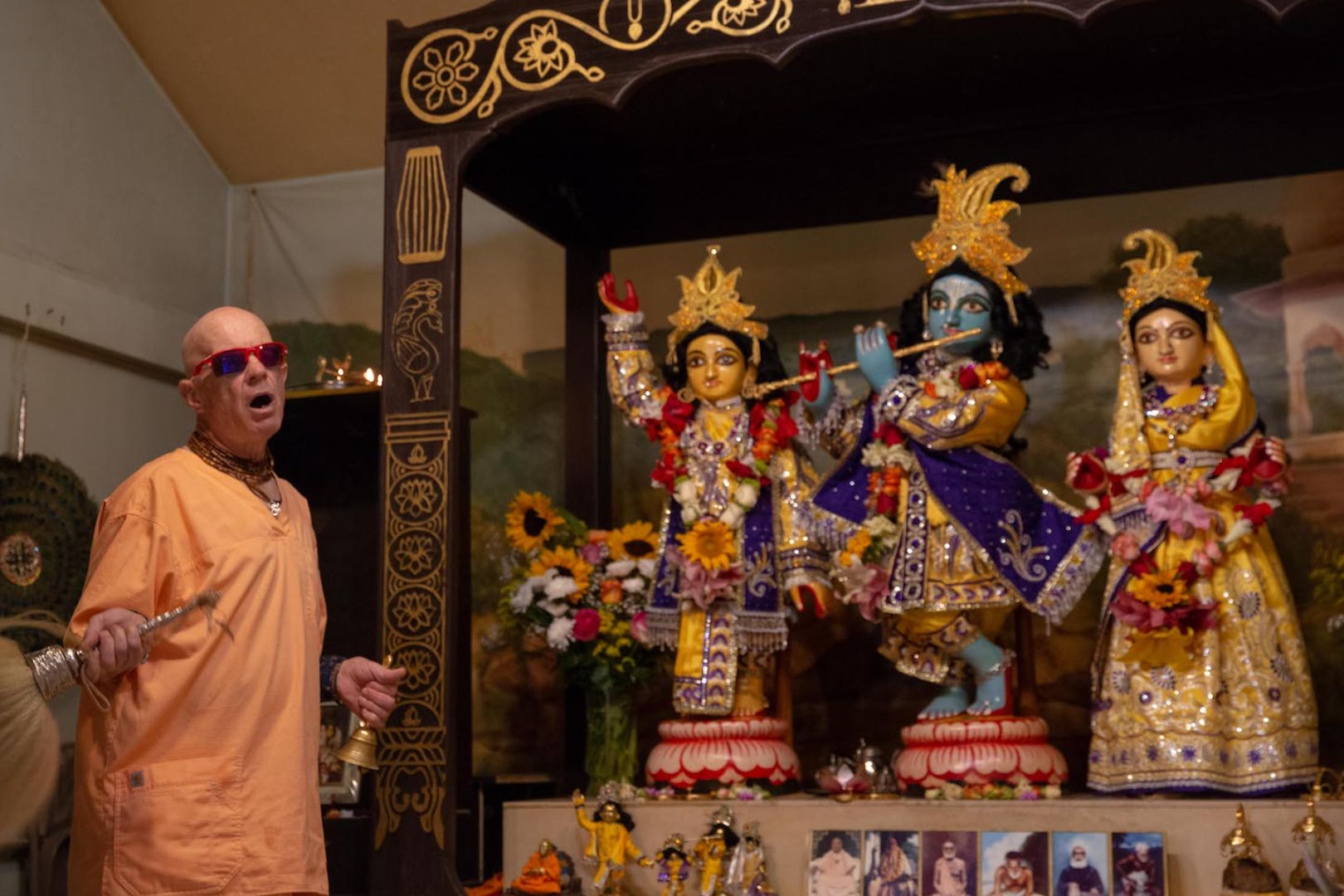 5:30 am at the Soquel Seva Ashram
Friday, February 1st

Please help us carry on the tradition of honoring Ramai Prabhu’s birthday by attending mangal arotik this Friday. It begins at 5:30 in the morning. After arotik the regular daily program involves singing the morning kirtans together, Srila Janardan Maharaj’s class on Sri Chaitanya Charitamrita at 8 am, and prasadam after that. Stay for as little or as long a time as you’re able and inspired to.