invites you to
join us in honoring the
Divine Disappearance of 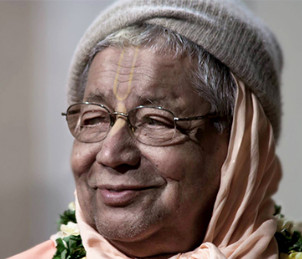 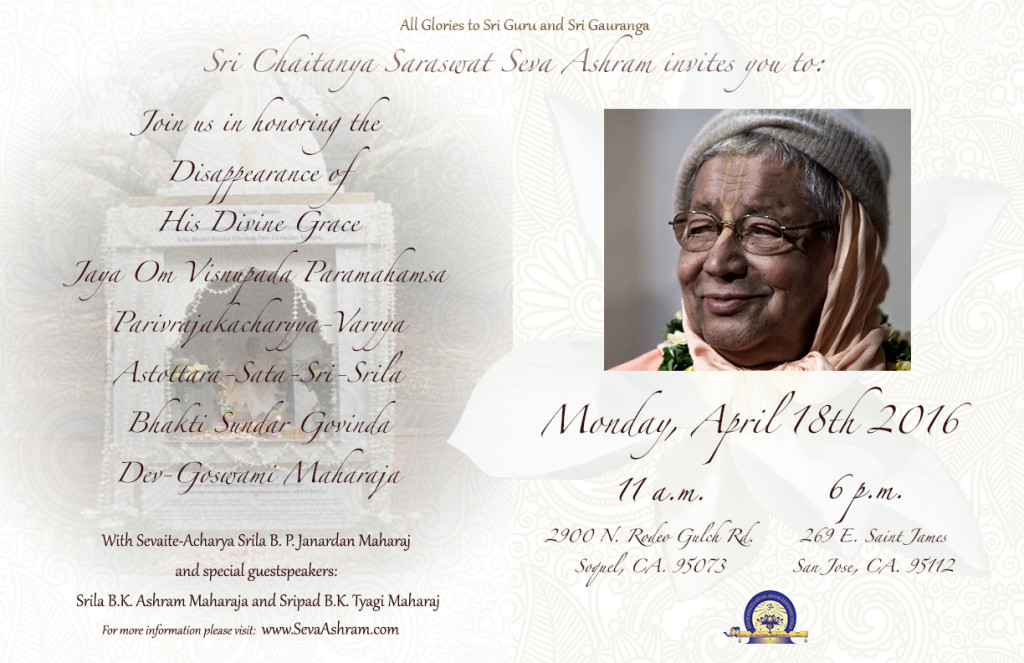 “I worship the holy lotus feet of he who perfectly fulfills the most cherished wish of his divine master–who is adorned resplendently with the blessings of his guru varga; who is adept in all Vedic conceptions, both conceivable and inconceivable; who is the faithful follower in the line of Sri Rupa; who is known as Srila Govinda Maharaj; whose beautiful divine figure revels in the mellows of divine love; who is the guru of the entire universe and the bestower of the seed of divine love for the Supreme Lord.”